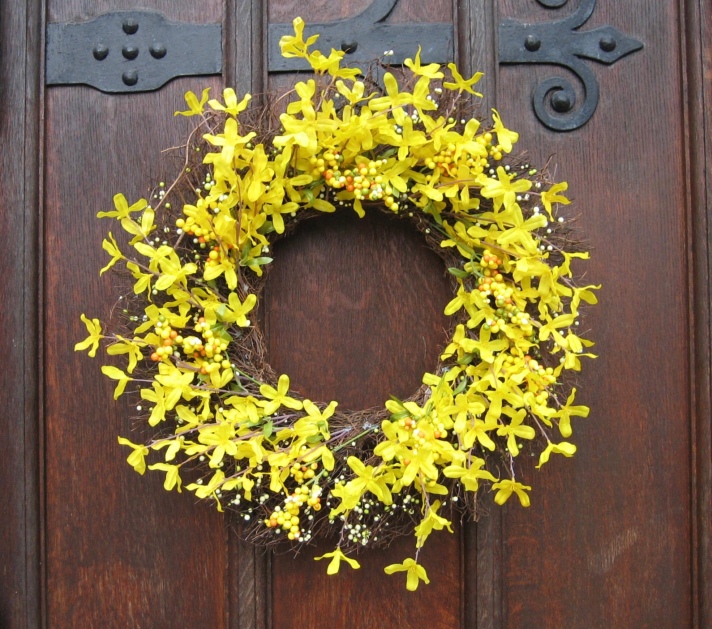 Today marks your new beginning, whether it feels like it or not. The empty tomb gives you a new beginning every moment of your life.

Think of Mary Magdalene’s new beginning, as you heard it proclaimed in the Gospel of the Resurrection. She goes to the tomb the morning after the Sabbath, on the first day of the week, and finds, instead of his body, his empty tomb. At first, she thinks someone has taken his body away, as she tells Peter. When he arrives and enters the tomb and sees the linen cloths, his new beginning has begun. Then John, the other disciple, the one whom Jesus loved, also enters, and he sees its gaping emptiness. He sees, and he believes; he adjusts to his new beginning quickly. Peter, as you know, in time recollects himself, so that he could say, as he does in the first reading, “You know…how God anointed Jesus of Nazareth with the Holy Spirit and with power; how he went about doing good and healing all who were oppressed by the devil, for God was with him.”[1] For Mary and for Peter and John, every moment becomes a new beginning. Nothing remains, or will remain, the same—for eternity.

I believe that is why you are all here this morning. Whatever else you know, you are aware of how extraordinary Jesus was. Because of his love and mercy for the outcast and the people on the margins; because of his power to heal the sick and afflicted, to bring peace and sanity to the disturbed and even the possessed; because of his loving honesty that afflicted the powerful, the comfortable, and the self-righteous; because of his amazing sense of inner security and peace and his fearlessness in the face of all the things that make us fearful. If slow at his new beginning, Peter was right later when he spoke the first reading today.

One. It was inevitable that Jesus would go through his suffering and death, terrible as it was. Jesus knew this and said so. The disciples, led by Peter, would not hear it, but Jesus insisted on it. Actually, Jesus’ death was more than inevitable. It was necessary. The necessity stems from the fact that God is not only almighty. God is almighty love. God, the God of almighty love, created human freedom, and with that freedom, God allowed for the possibility that we would choose not to love him in return. God took the risk, out of love, that we would choose to get lost. It was necessary for God to come among us, and in coming among us, endure the worst we had to offer, so that he could bring us back with his almighty love.

Two. Although it was necessary that Christ die, it was impossible for death to hold onto him. In words from a hymn, “They cut me down, but I leapt up high. I am the Life that will never, never die.”[2] We do not speak of a resuscitated corpse. But neither do we speak of a disembodied spirit, a soul, or a ghost. On this side of things, on earth’s side of heaven, all that was left was an empty tomb and some grave cloths left behind. On the other side of things, on heaven’s side of earth, the risen Lord shows us something entirely unexpected and new. Saint Paul describes the mystery: “It is sown a physical body, it is raised a spiritual body.”[3] The Epistle to the Colossians has it: “You have died, and your life is hid with Christ in God.”[4]

Again, today marks your new beginning, the beginning of an eternity of new beginnings, whether it feels like it or not. Dearly beloved in Christ, let us take hold of this gift of unending new beginnings today. Let us let go of all the dead things that waste so much of our time and energy. Let us leave them behind for others to gawk at, like the burial linen in Jesus’ tomb. Let us get a grip, as they say, on the life he gives us over and over again, which is hid with Christ in God and which will take us through everything, even death. And let’s be ready to tell people the Good News, the reason why we are here, why we have a new lease, a new beginning, on this the most glorious day of Creation.